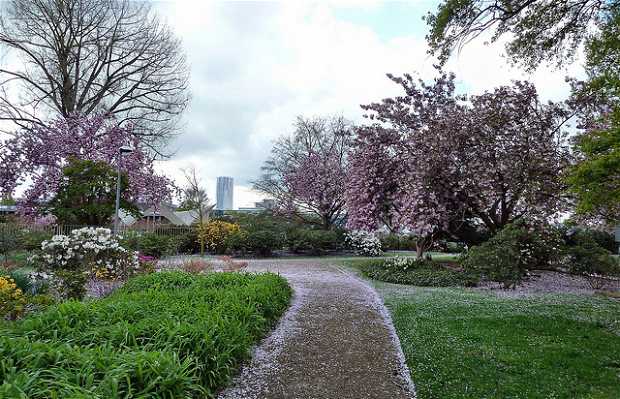 The Rheinpark (meaning: Rhine park) is...

The Rheinpark (meaning: Rhine park) is a 40 hectare (0,4 km²) large urban park along the right bank of the River Rhine in Cologne, Germany. The park lies between the Cologne districts of Deutz and Mülheim and includes a beach club, an open air theater (the Tanzbrunnen) and a Roman Thermae styled public bath (the Claudius-Therme). It has been voted Germany's best park in 2007.

Lists and places related to Rheinpark

Links to Rheinpark
Hotels near Rheinpark Of Touristic Interest in Cologne
See something odd?