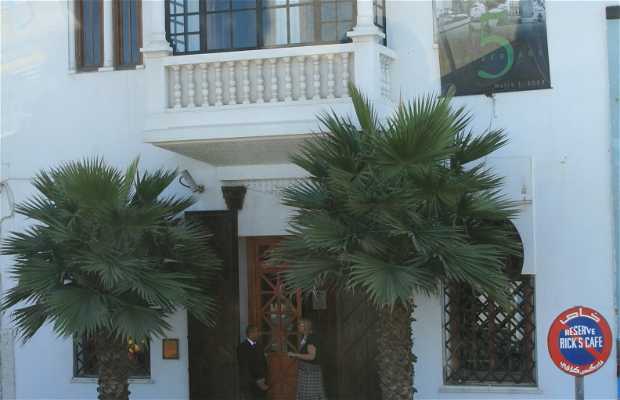 Fans of "Casablanca," the 1942 film set in Morocco's largest city, know that much of the action takes place in an intriguing place known as "Rick's Café" where Humphrey Bogart and Ingrid Bergman are the center of a love story. However, most of the movie was filmed in a Hollywood studio so visitors arriving in Casablanca hoping to savor the atmosphere of an American cafe were always disappointed. Now, though, this legendary spot has sort of turned into a reality. "After 60 years of renovation, says the owner Kathy Kriger, "Rick's Café has reopened." Kriger, an entrepreneur turned U.S. diplomat, fell in love while working in Morocco for the U.S.