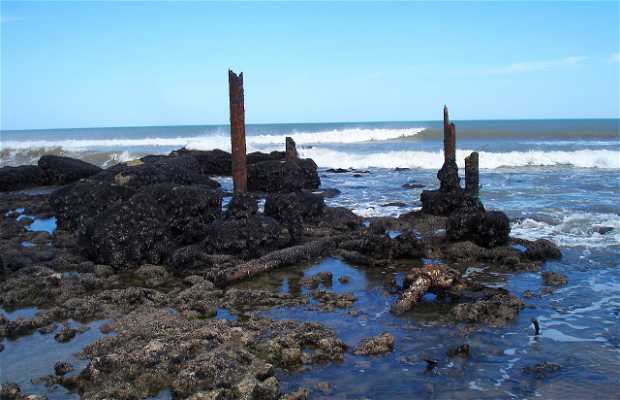 Shipwreck on the coast of Argentina

Very near the mouth of the creek Cristiano Dead and continuing with the series of wrecks in the same region Charrúa shipwreck and stranding of Pagrus I, is a place called "The Ricles". Some say it is the name of a boat that sunk there but some say that the place is actually called "The Rails", a series of rails on which are mounted a temporary footbridge to load the ship aground . There are still some remains of the boat and the famous rail marking its way to ship. At the top of the dunes you can see a stone house crumbling and abandoned, as discussed, was built specifically to house the workers who for several weeks did the transfer of the ship's cargo and the dismantling of machinery and equipment.