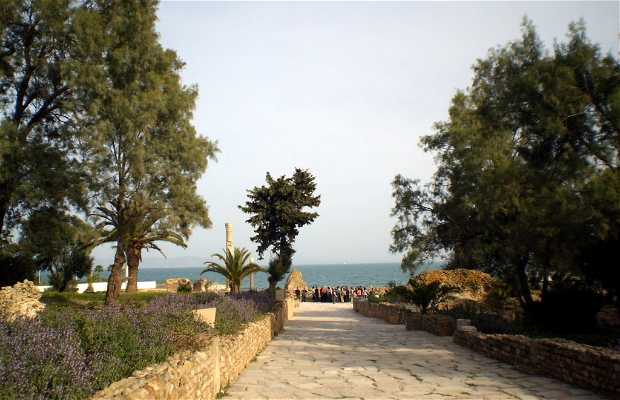 Carthage was one of the most powerful cities of the ancient world. All that is left today are a few ruins. The Phoenicians founded it in 814 BC. During the 4th century BC it was the thriving metropolis of this part of the Mediterranean. The city was destroyed during the Punic Wars, but again revived under the Roman Empire. Behind followed the Vandals, Byzantines and Arabs, who laid it to ruin in 695. The city sits on the Byrsa Hill that rises in a dominant position on the Mediterranean, where you find the Punic ports. The ruins we see today are mainly from Roman times: The Roman circus, amphitheater, theater, acropolis, Roman villas and baths of Antoninus.