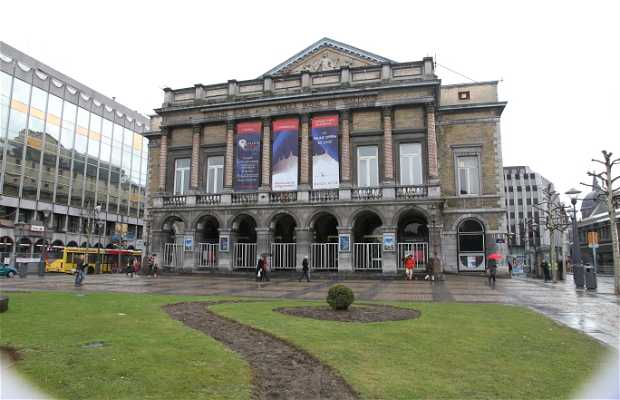 The Opéra Royal de Wallonie is the opera company in the city of Liege, Belgium. It is one of the four important Belgian opera houses, the others being those of Brussels (La Monnaie), Ghent and Antwerp (Der Vlaamse Opera). Founded in 1967, the company and the ballet of the same name are based in the Théâtre Royal de Liège, a beautiful building which opened in 1820, designed in the neoclassical style. It was closed during the First World War, but later reopened. The auditorium can accommodate 1033 spectators. It has a great location, standing right in the heart of the city, next to the Palace of

+2
Like
Michaël Vanclaire
Excellent
See original
Like
Have you been here?
Add your opinion and photos and help other travelers discover