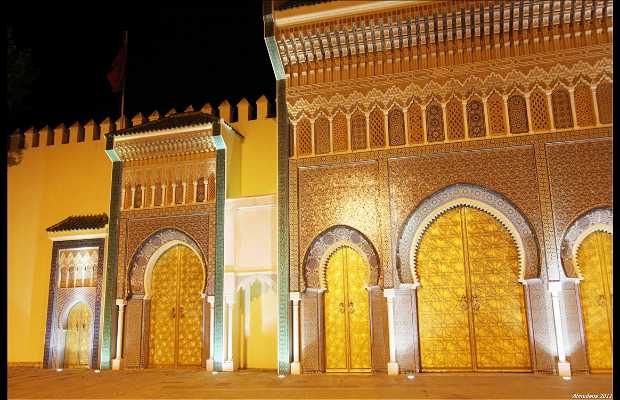 The Dar el Makhzen Palace in the Mechouar area, is the former palace of Moulay Ismail, dating from the time when Meknes was the capital of the kingdom of Morocco. Moulay Ismail has the nickname of the Moroccan Louis XIV, this is because nothing was too good for him. People even called him crazy because he asked for strange constructions. This palace for example, is surrounded by a double wall with a blind road (without any windows) stretching for more than 2 kilometers. The palace was renovated by contemporary kings, the last palace dating from the twentieth century. From the building of Moulay Ismail remain huge graneries, an artificial lake and stables.