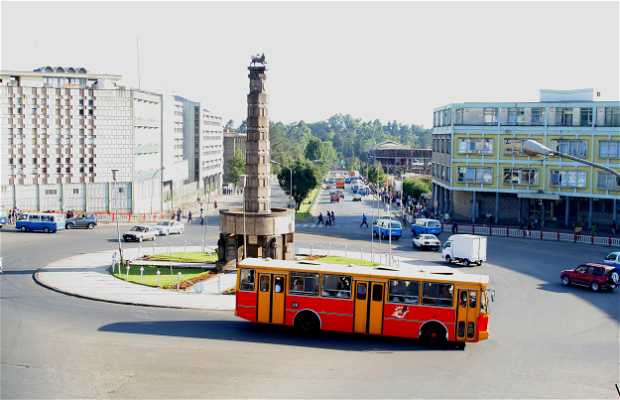 The English (from WWII), are well known in the capital of Ethiopia: Churchill has an avenue with his name, as does King George VI. It's a large and important street that's a busy avenue for minibuses and taxis. It seemed the most important and modern in the capital: its on a hill and leads to the northern motorway of the country. I dare say they are the Elysian fields of Ethiopia! The street begins at the Arat Kilo roundabout where there's a monument of 28 magabit (according to the Ethiopian calendar), that commemorates the freedom of Addis Ababa on April 28, 1941: it's an obelisk with the Lion of Judah on top, and a pendulum whose hands point to the number 11, the time the capital was freed.