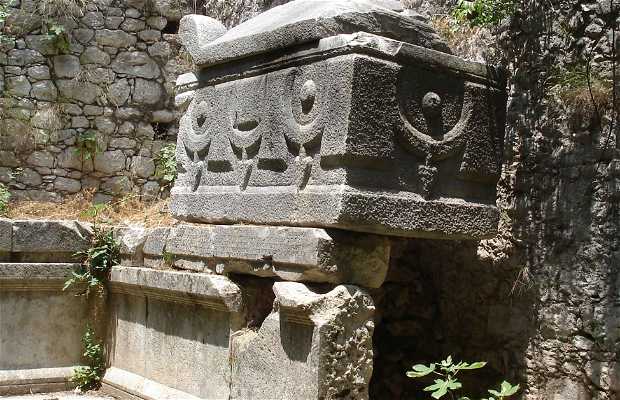 4 photos of Ruins of Olympos

1 review of Ruins of Olympos

Despite its backpacker and hippie atmosphere, Olympus has an ancient history: Here, in the 2nd century BC, flourished Lycian city. There are not many traces of the old Olympus, but what is noteworthy because it is beautiful but because of its location. The ruins scattered along the path from the village to the beach and people are content to take a look from there. But if you venture into the woods for a few tracks, marked with tablets, although quite bad, you are in a magical world, where among a jungle of flowering laurels, figs and vines, are spectacular sarcophagi, statues, sculptures, and

Lists and places related to Ruins of Olympos

Information about Ruins of Olympos