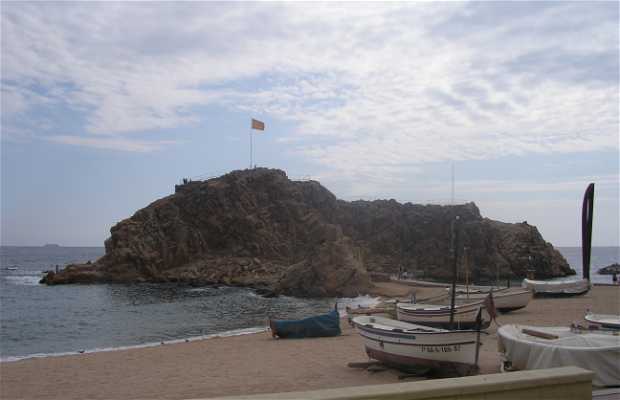 Blanes is a town in the province of Girona, Spain. To get there you catch the Renfe commuter train in Plaza Catalunya. The route goes along the coast for almost an hour and a half. Once you're in Blanes you can catch a bus to get to the center of town because the station's a little bit far from the center of the city. Now that you're on the seafront of Sa Palomera, you'll see a big rock in front of the water that juts out into the sea, and the old fishermen's houses. It separates Blanes Bay and is considered to be the place where the Costa Brava starts. This place was used for many years as a natural harbor.

In the morning, when the Mediterranean Sea is calm, the "palomera" sits lightly on the surface with the sole intention being flying the banner to the crown. There's a point of light in the distance and they gather up their nets. And the sound the wind makes breaks the silence, as we hope for dawn.

Links to Sa Palomera
Hotels near Sa Palomera Of Cultural Interest in Blanes
See something odd?