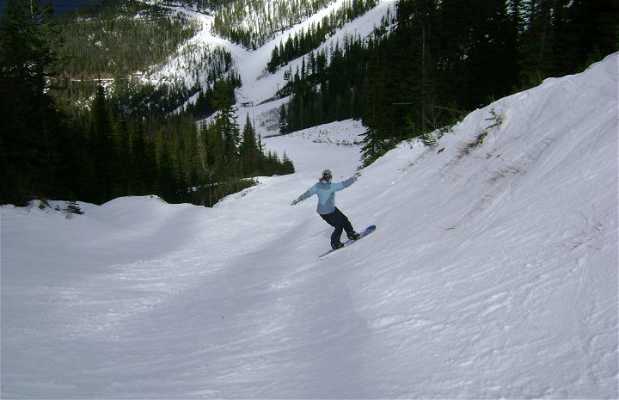 Silver Mountain is now one of Idaho’s slicker four-season resorts, so it’s a little hard to believe that when this place was founded it was called “Jackass”. “Jackass” referred to a donkey that was used in nearby mines. The area opened in 1968 and was renamed Silverhorn when it changed hands in 1973. Eventually the city of Kellogg took over and used grant money, gifts, and a new tax to solve the ski area’s chief problem – it’s steep and dangerous access road. The problem-solver was a 3.1-mile long gondola which starts just steps from Interstate 90 and ends 3,400 vertical feet later at the ski area.