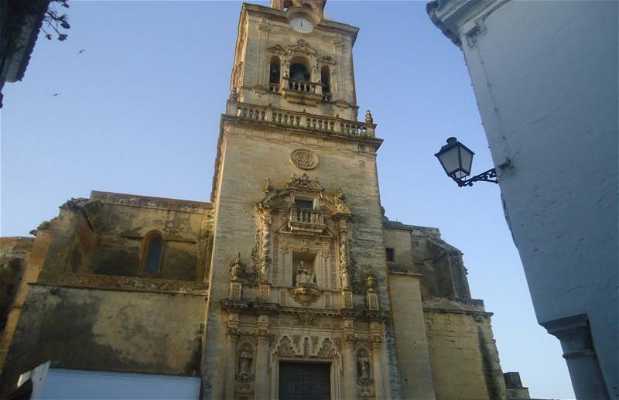 One of the attractions of Arcos de la Frontera (Cádiz, Andalusia, Spain) is the Church of San Pedro. It was built in the fourteenth century in a gothic style. It looks more like a fortress than a church. It's like a large mass of well-cut stone, very robust looking. Its tower has a Baroque thirteenth century facade. The altarpiece, from the XVI century, is one of the best known in Andalusia.