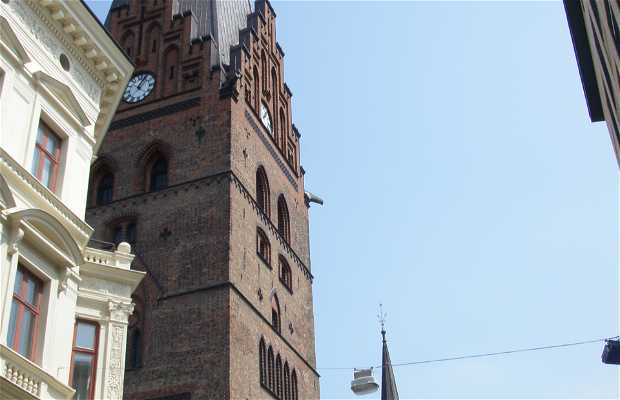 Its tower dominates the city, there is no place from which it cannot be seen, drawing attention to the powerfully green tone of the copper roof and the façade. It is quite original sample brick Gothic undoubtedly and, in contrast with the Spanish churches, it is immense. It is worth going to see these temples. It is the oldest building in Malmö, and it is said that this was the point from which the city developed, with its famous streets and squares along the canal. From inside (where I could not take pictures) I prefer the light from its windows, its altarpiece which claims to be the largest in