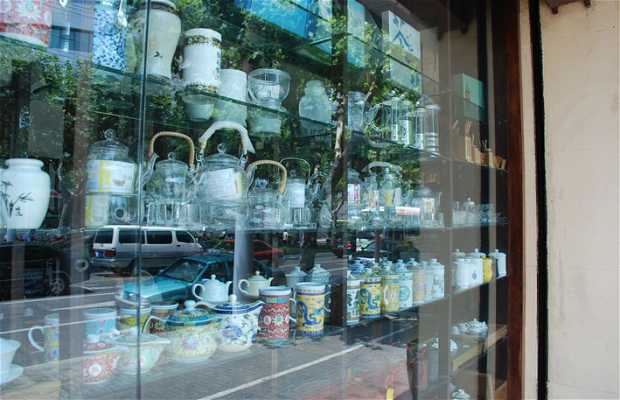 In China, tea is an institution

In China, tea is an institution. The drink is native to the country, and was exported to Europe for the first time in the seventeenth century, where it was popularized worldwide by the English. Tea is grown in southern China and consumed at all hours, from morning until dinner. Many Chinese people carry thermoses of tea in the street and there are shops where you can buy tea of all kinds, as well as traditional Chinese teapots and cups. One of them is this Tea & Tea Set beside Jing'An Temple. It sells dozens of kinds of tea as well as traditional teapots. Other notable teahouses among the hundreds