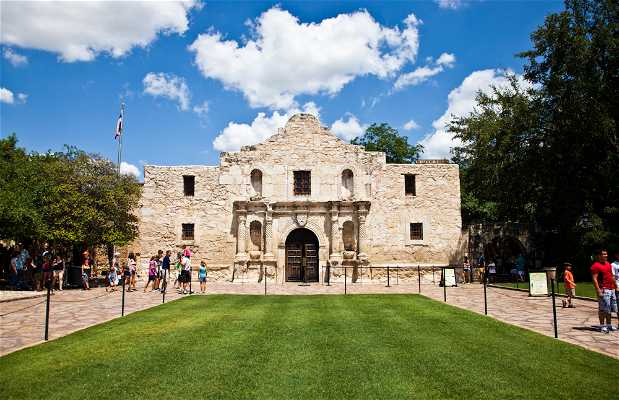 36 photos of The Alamo

11 reviews of The Alamo

A must in San Antonio

The Battle of the Alamo was a 13-day siege from February 23 until the final assault of March 6, 1836. The Mexican army fought against a secessionist Texan militia made up mostly of American colonists who were basically naturalized Mexicans. When the Mexican troops arrived, the Texans dug into the Alamo. The defenders couldn't hold them off and the attackers penetrated the walls, killing all inside. There aer still many myths and counter-myths surrounding the battle of the Alamo, both in favor and against the Texans and Mexicans. Today, it's a historical monument and is a must in San Antonio. Opening

Texans remember The Alamo all over the world. The beauty of the grounds and the history of the founding of the Lone Star State is illustrated beautifully.

Go early in the am. Preferably when it hasn't rained for a week!

Lists and places related to The Alamo

Information about The Alamo

Links to The Alamo
Hotels near The Alamo Historical Monuments in San Antonio
See something odd?