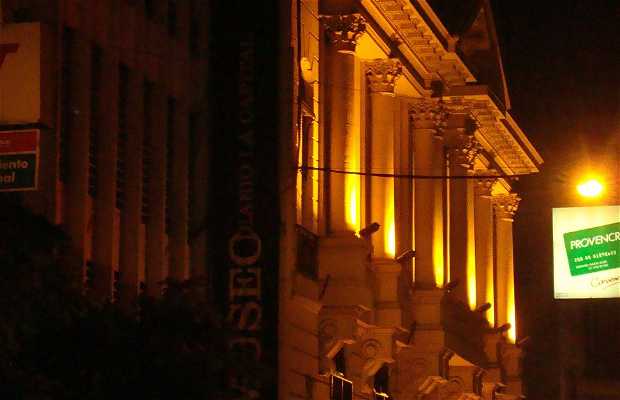 Under the slogan "THE CAPITAL´S COLUMNS ...

Under the slogan "THE CAPITAL´S COLUMNS belong to the people" the newspaper La Capital de Rosario first came out to the streets on November 15, 1867 and was founded by Don Ovidio Lagos. Originally located on the street of Calle Santa Fe, it has moved to Calle San Martin and definitively now to its traditional Sarmiento Street building in 1889. The journal is broadcast in more than five provinces. The Foundation that bears the founder´s name was established in the year 2000 with three areas: academic, cultural and community outreach, providing the same Journal for funding resources. In the same building of the Museum Journal where manual presses with lead type, manual presses used for the first copy and all elements used until the advent of the computer or computer are exposed, such as duplicator photographs, a large auditorium and footage.