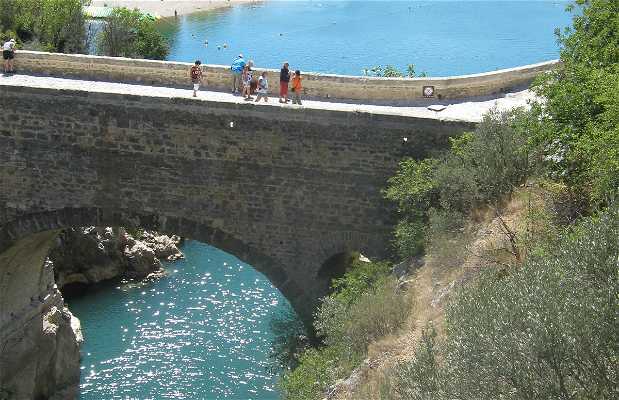 The Devil's Bridge was built in the eleventh century by monks who lived on both sides of the river Hérault and aimed to facilitate the passage for pilgrims heading, among other places, to Santiago de Compostela. Legend has it that the Devil came out to destroy every night that which was done during the day. Finally, the devil made an agreement with the monks that he would stop bothering the town's people under the condition that they leave the soul of the first creature to cross the bridge. Once it was built, the monks sent a dog across the bridge, and this made the Devil angry. He became so angry that he fell into the river and then disappeared.