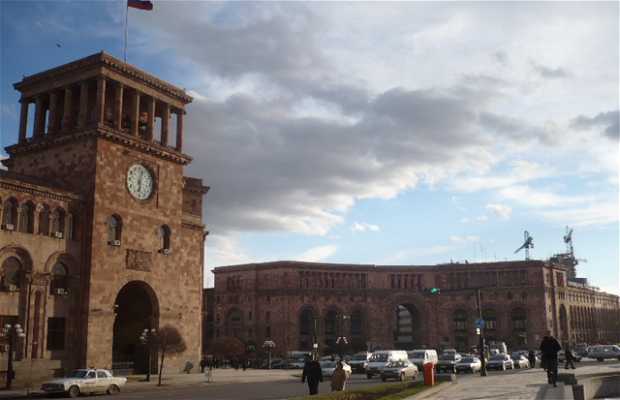 Known among the Armenians as Hanrapetutyan Hraparak (one day I will speak of Mashtots and ease that I had to learn the language that they invented), this square is situated in the center of the Armenian capital. It was designed to represent the typical Armenian handmade rug, and to give a welcome to the city. A statue of Lenin dominated the Square for many years until they decided to "remove" the vestiges of the communist era, after the end of which Armenia sank into a serious economic crisis. The buildings in the square are: The Government House, the National History Museum, the Clock Tower which flies the flag of the country, the Post Office (an experience in itself) and the Marriot Hotel.

Lists and places related to The Place de la Republique