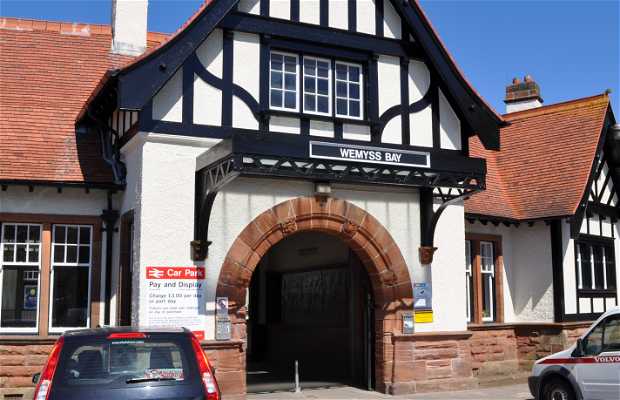 Wemyss Bay is located on the west coast of Scotland, at about the same height Glagow, a city with excellent and great railway coverage, because in Wemyss Bay there is just a small ferry terminal (company Caledonian Macbrayne) communicating with Rothesay, which is the capital of the island of Bute. Basically, it is the main attraction of this village, a village which can basically be summarized by its train station, Victorian period, and ferry terminal. While waiting for the boat, you can enjoy beautiful views, which show the silhouettes on the horizon of the Isle of Bute, while the gulls make their own.