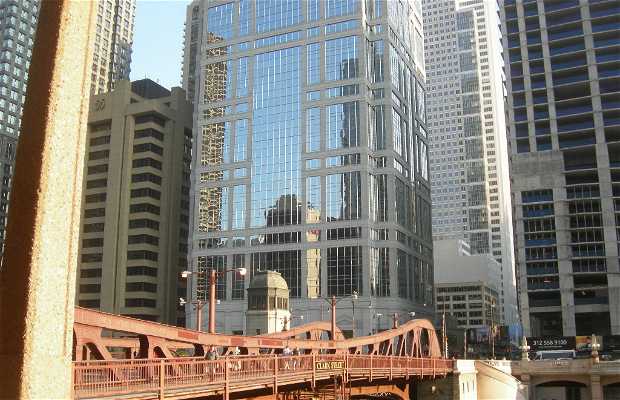 When I heard that our compatriot Ricardo Bofill had built a skyscraper in Chicago, I almost had a fit. This architect has a bad habit of giving all his creations of a neo-classical air like the facade of the Louvre. In some rare cases, the formula works. In many others, it doesn't. When I saw the first pictures, my worst fears were confirmed. However, during my last trip, I decided that it does not look as bad as I thought. Yes, it has a simplistic air, like Lego. Not ugly, but not exciting. It is best not to look in great detail and compare it with other buildings in the vicinity. The lobby, which contains works by Spanish artists such as Corberó or Tàpies, is great.