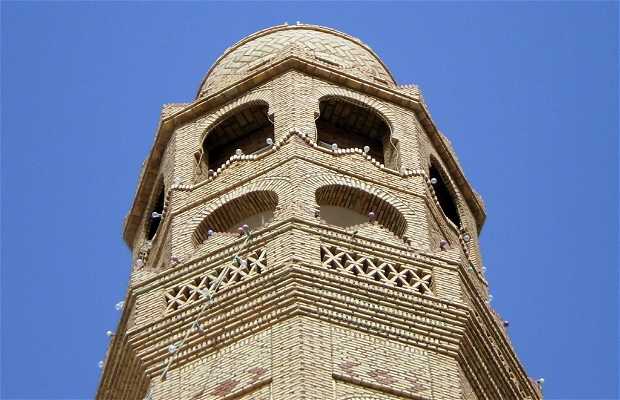 The el-Ferdous mosque is a fine example of the architectural feature that can only be seen in Tozeur and Nefta, having bricks in ochre, whose peculiar arangement form the geometric shape that decorate the entire facade. If there is anything that characterizes this mosque, it is its high minaret, visible from everywhere in the city, with a height equivalent to that of a building 6 or 7 storeys high, it is hexagonal and is divided into 7 bodies, some with window, and is topped by a dome. The mosque is located in the new area of ​​the city, in the same Av Habib Bourguiba. The interior can not be visited