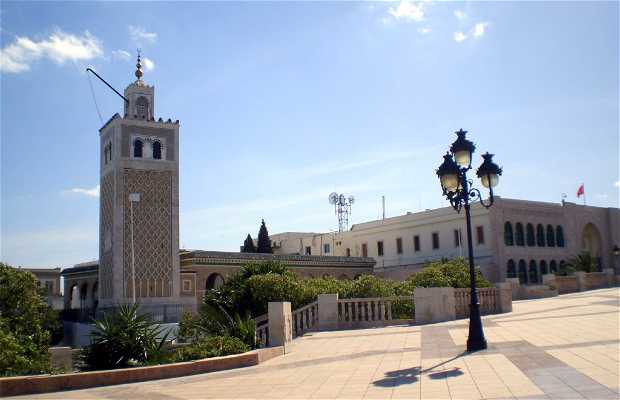 The Kasbah Mosque owes its name to the Kasbah, the fortified palace that once loomed over the medina. It was destroyed by the Turkish army in 1811, so only the mosque and some parts of the wall on Rue Zouaoui remain. The mosque is well worth a visit, although non-Muslims cannot enter the interior. The call to prayer comes from the minaret, which actually served as a model for the minaret of the Great Mosque.