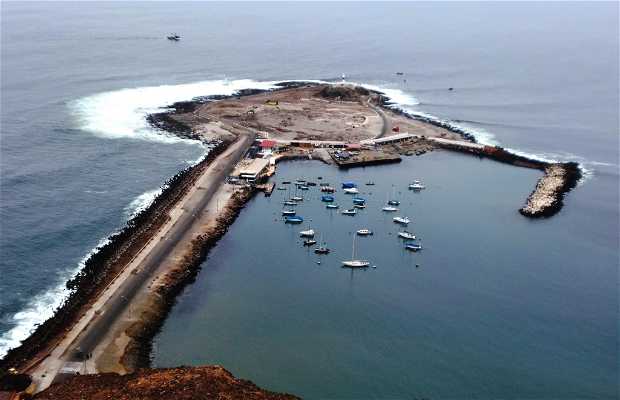 The name of the island of the Scorpion is obsolete, although it once enjoyed its status as an island, and then in 1964 was joined to the harbor by an artificial headland about 460 meters long. This island was used, originally, as a shellfish harvesting area and for the extraction of guano (years ago it was also called "guano island"),and then was subsequently used as a place of imprisonment to house people during the war. Currently it serves as a yacht club. You can get there by car, but is from the Arica morro that it can be seen in full.