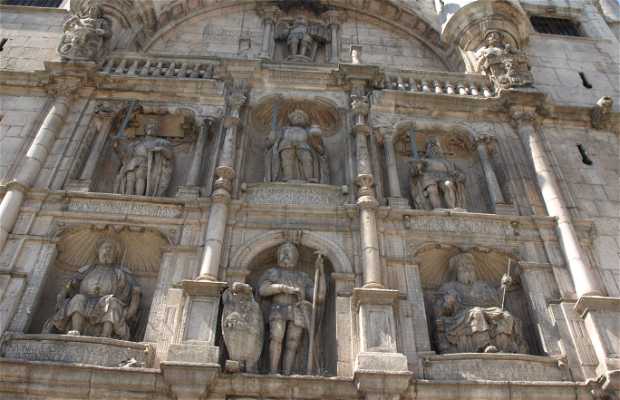 The arch was built on an ancient tower in the thirteenth century. The main facade was created by Francisco de Colonia and Juan de Vallejo. The works were made from 1536 to 1553 and were finished off with the sculptures of Ochoa de Arteaga. Numerous figures are shown in the alterpiece: Carlos, El Cid and Fernan Gonzalez (centre); Diego Porcelos, Nuño Rasura and Lain Calvo (lower); the city guardian angel and Santa Maria (top). You can visit the inside of the church. Formerly it was used as a meeting room for the council. Since 1994 it features as an exhibition.