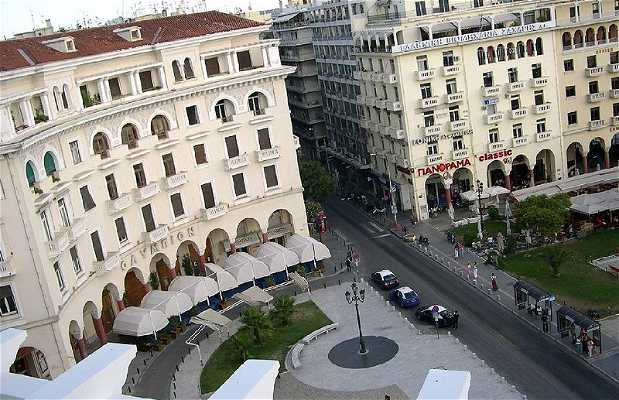 Aristotelous Square is the main square of the city of Thessaloniki in Greece. it is located on Avenida Nikis, the coastal promenade of the city, in the city centre. I would say it is the meeting place of the city as it is full of terraces and people relaxing in armchairs under modern awnings. It was a weekday night and in March and seemed summer weekend. The plaza was designed by French architect Ernest Hebrard in 1918, but most buildings were built in the 1950s. Many of those who surround the central plaza since been renovated and its northern part is largely restored in the 2000s. The twelve buildings that make Aristotle Square buildings have been listed by the Hellenic Republic.