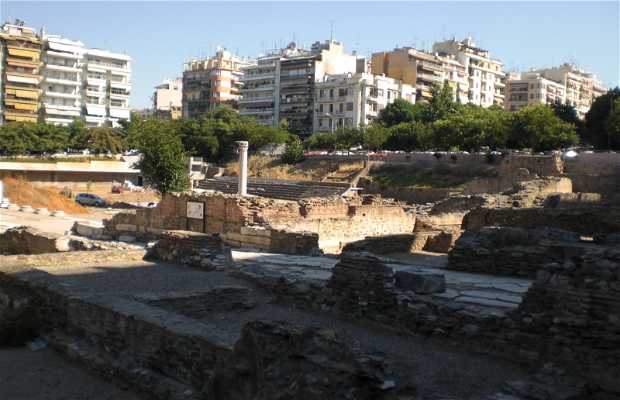 What is surprising, is that at the heart of Thessaloniki, in several places, there is a big hole, the size of a block which contains a Greek or Roman ruin. Depending on the time, Greece was Roman or Greek. Among the Romans, the emperor Galerius for example, built several palaces and the triumphal arch on Gounari Street. The ancient agora, the Roman market, is no exception. Used from the third century BC, it is from this period that hail the objects found there. The southeast sector is the most interesting, a bit out of the heart of the ancient agora, with the Roman baths, with two rooms, one, the sauna, the hot room to sweat, and other rectangular, with two plants, for washing, had two pools, one hot and one cold, all that heated by a fire below.

Good
Like
patojo
See original
Like
Have you been here?
Add your opinion and photos and help other travelers discover