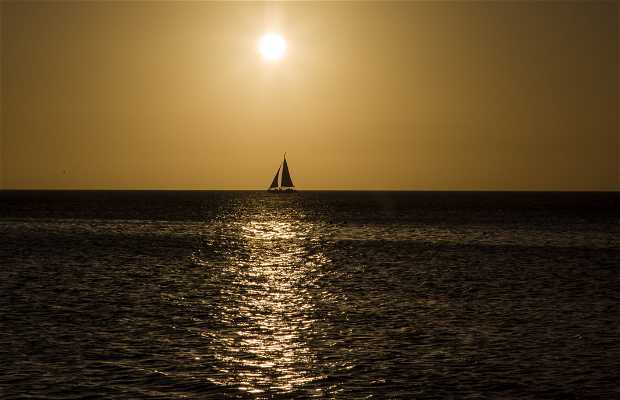 During a Caribbean cruise I made a stop in Aruba. I went for a walk around the city, and a taxi driver took me to the north. From a distance you see a mountain called the Mountain of Hay. There are points in a rock formation which you can climb up in order to see the whole the island. Then I went to see the famous bridge "coral" that no longer exists, because it collapsed in a wave. Well, it´s not all bad. All along the coast, there are like stone turrets, which have nothing to do with Arubans. They are made by the tourists, because they say it brings good luck. After this, I went to see a building that was a fort, where gold was melted.

Lists and places related to Aruba

Links to Aruba
Hotels near Aruba Of Cultural Interest in Aruba
See something odd?