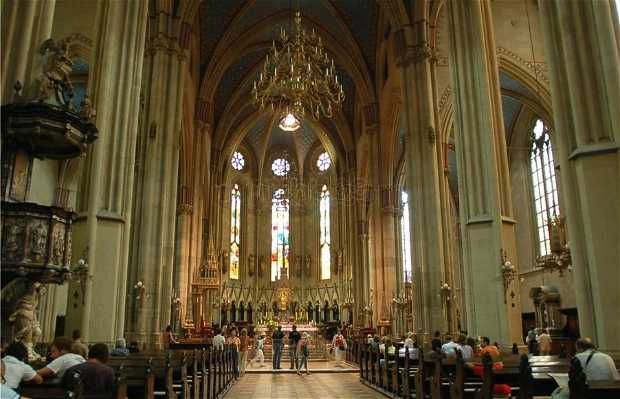 This beautiful cathedral (one of the nicest I've seen in my life) is in the neighbourhood of Kaptol in the middle of the city on top of a hill. Its towers rise into the sky forcing your gaze upward, which I think is one of its most important features. It's one of the tallest cathedrals I've seen. Inside, there's a beautiful cloister with tall and slender windows. There's also a transparent coffin with an interesting bishop/pope. You can see it easily anywhere in Zagreb by looking at the sky. If you liked this review and you want to continue travelling through Croatia, check out my profile! And if you have any questions, just ask.

Located in uptown Zagreb, it was known in ancient times as St. Stephen. It was built on a Romanesque, which was destroyed in 1242 during the Tatar invasion. The actual construction began as Gothic in the mid-13th century, but has been restored several times. In 1880, it was heavily damaged by an earthquake, then rebuilt in the Gothic style in the late 19th century. The pulpit, the triptych of Albrecht Dürer, the statues and the tomb of Cardinal Stepinac have all been preserved.