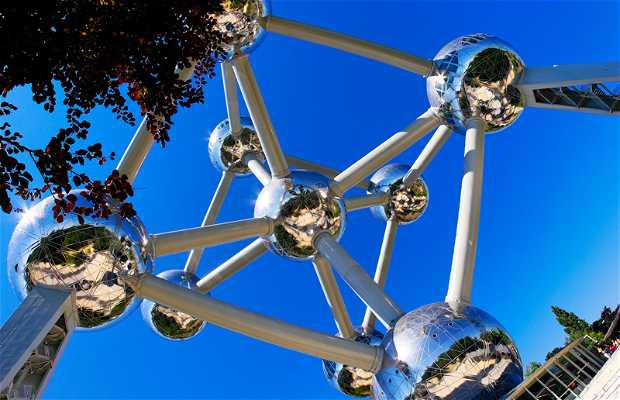 I shared this place on minube because I think there aren't a lot of people ve have have come in after it reopened and to take advantage and say that unless you're big fans, it's not really worth it, especially for the 9 euros they charge. It's a thousand times better outside.

I had the luck since I was there on erasmus, it just so happened that they opened it that year and for me it was free, but it was a big disappointment. The best are the views and going up the escalators because it's like you're going up in a space ship. Even so, it's curious to see the spaces they've created, they're not much and not very big, in fact the cafeteria only has four kid-sized tables, believe me, I'm not exaggerating.

See the vídeo about how they built this thing and then feel it when you walk.

Have a seat on the very green grass and enjoy the view!

+33
See original
Like
Have you been here?
Add your opinion and photos and help other travelers discover

Lists and places related to Atomium

Links to Atomium
Hotels near Atomium Historical Monuments in Brussels
See something odd?