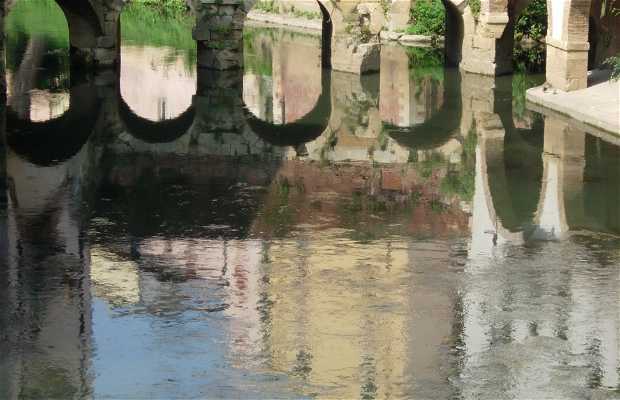 The oldest bridge in Vicenza

The Bridge of Boats, or Romanesque bridge, is the oldest in the city of Vicenza. It is located in the central district of Rione, once a run-down area, but now fully restored and dedicated to the arts. The Bridge, which passes over the river Retrone, consists of four solid pillars forming three bass strings. The bridge of boats is, in fact, very low, so often that it often floods when the river rises.