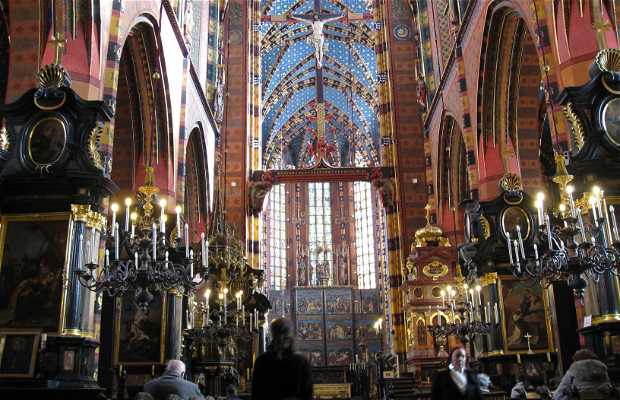 One of the best views in Krakow

Built in the fourteenth century on one side of the Market Square, St. Mary's Basilica is an imposing Gothic church that is one of the most important and famous monuments in the city. The facade of the basilica is flanked by two towers of different heights. The higher, decorated with a golden crown, is known as Hejnalica and in the past was used as a lookout for fires and enemy attacks. Currently the trumpet sounds every hour, but the melody is suddenly interrupted in memory of the trumpeter who was killed while trying to alert citizens about an invasion. Inside the basilica, you can see a fifteenth century wooden altarpiece with more than 200 carved figures which, at 12 meters high, is the largest in Europe.

Go inside and see the altar