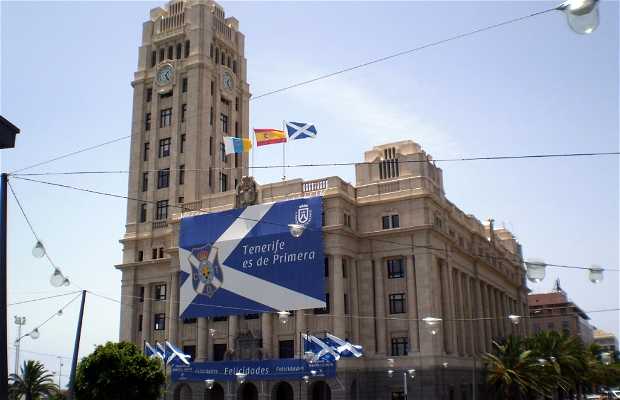 The headquarters of the Cabildo Insular in Santa Cruz is in the Plaza of Spain, next to the port and opposite the War Memorial. The building is impressive because of its great size. It was designed by architect José Enrique Marrero Regalado, and opened in 1940. Its white granite facade and the tall tower are the highlights of the building. The tower is on the left, topped by a clock. The interior houses the government offices and insular, but since its construction, it has also been the home of the civil governor, head of Iberia, the Provincial Propaganda Board, Administrative Board of Public Works

Mainly for residents although building is spectacular