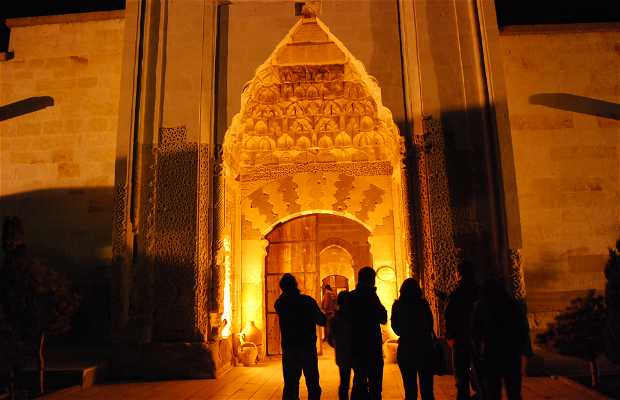 Sarhuan caravanserai which was built in 1249 served all traders who went back to Europe and passed near to Avanos in Turkey, was part of one of the stays which were prepared for travellers on the Silk Road. Currently Saruhan is fully restored (others have not been so lucky). The idea of visiting it came up by accident. Sarhuan is a place where you can "approach allah" to authentic derbiches, originating in Konia which are not far from this place. Every night they sing this strange prayer and are constantly turning. Bridging the religious idea, I found it fascinating, mysterious, and above all magical, I found that people had a worldview which was very different from ours, I think they were far from us.

Lists and places related to Caravansaray-sarhuan