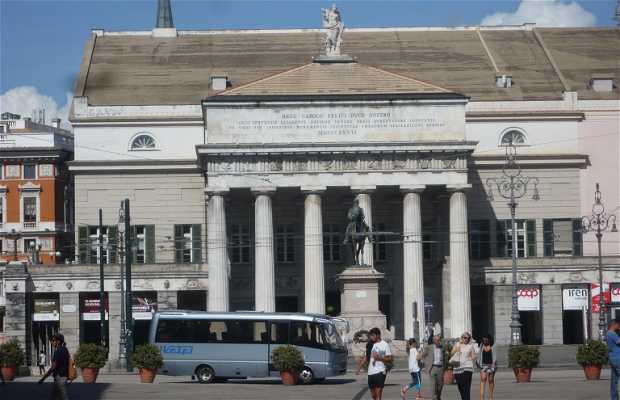 The magic of theater

The majestic Teatro Carlo Felice by Carlo Barabino, has been rebuilt several times because of bombings and restorations. Almost entirely destroyed during the Second World War, it was fell to Carlo Scarpa to restore it in 1977. But that project was put aside, and ten years later, in 1987, work finally began under Aldo Rossi. Today it is one of the best-known theatres in Italy, staging opera, symphony, ballet and other events. It has a capacity of more than 2000, and a stage area of over 500 square metres, providing a spectacular experience.