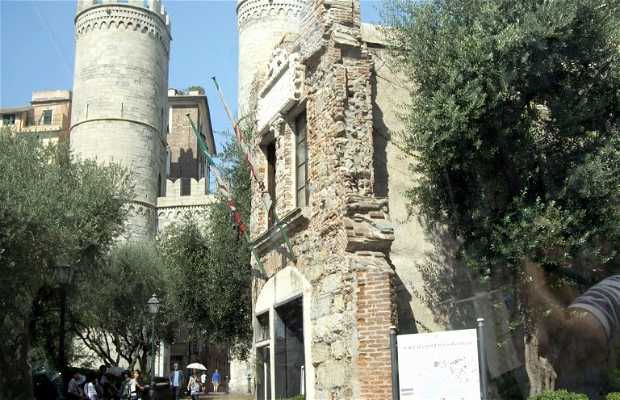 Christopher Columbus was born in Genoa, and still preserved are the remains of his birthplace, although it is in poor condition because unfortunately it was destroyed in 1684 by the bombing of the French. Next to the house there are two interesting elements: The remains of the church of San Andrea (which are only the cloister arches, and a central well), and the Medieval Gates, or Porta di Sant Andrea, one of the ancient gateways to the city that were a part of the wall of the Barbarossa, that was constructed in 1155.