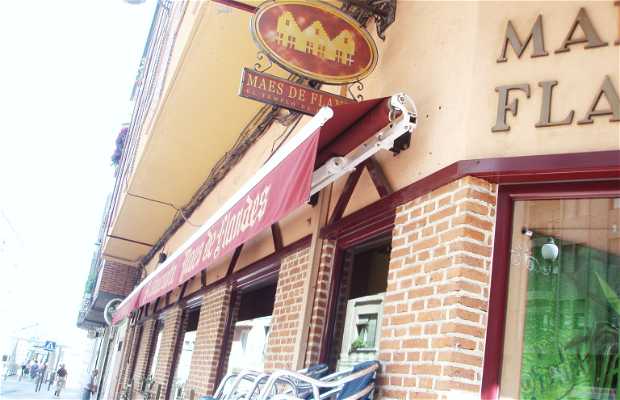 The Beer Temple is in Ponferrada! The restaurant Maes of Flanders is an accomplished bar specialising in beers, called The Beer Temple. It is located at number 1 Paseo de San Antonio, right next to the entrance to the elevator of Ponferrada, and near the old city ​​along Broad Street. So it is better known as I indicated for its beers, but is also a restaurant. It has a large terrace that is often put into the two facades of the restaurant during summer.