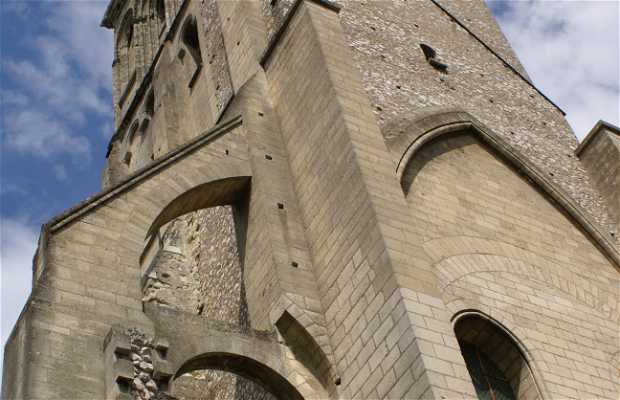 The Tour de Charlemagne was part of the...

The Tour de Charlemagne was part of the old collegiate church of Saint-Martin, one of the biggest religious buildings in the West, which was constructed in honor of St. Martin, Bishop of Tours in the 4th century. The basilica doesn't exist anymore, as it was falling into ruins in the 18th century, and was finally totally destroyed during the French Revolution. What is conserved are the Charlemagne Tower and Clock Tower. It was renovated again in the early 20th century.