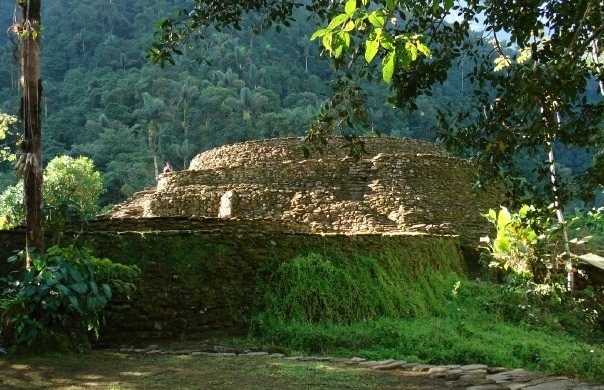 How did we not know it was here?

Ciudad Perdidad sits high in the Sierra Nevada de Santa Marta on Colombia's northern coast. The story goes that back in the 70's someone was flying a helicopter in the area and saw circular stone rings that when he asked the locals about, no one new what he was talking about. In the 30 years between it's first sighting and my visit a small but dedicated team of locals and indigenous tribespeople have reclaimed from the jungle dozens of terraced stone ringed platforms that at one time were the home of a thriving city.

People believe that at the time of the conquistadors the indigenous folk (the Tayronans) split into two camps, those who embraced the European newcomers, and those that feared them. The latter retreated to the mountains and hid, and this city was their sanctuary.