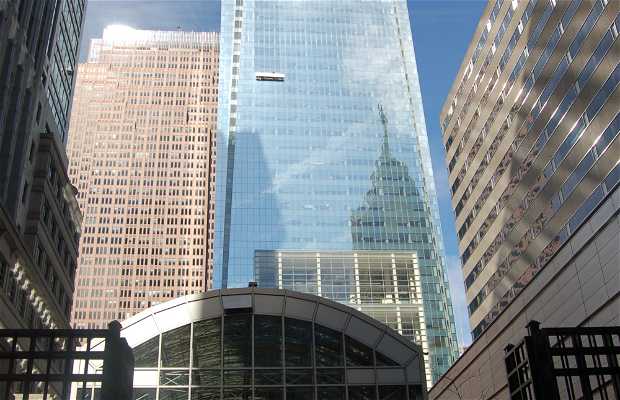 Since 2008 it holds the title of the tallest building in the city of Philadelphia, breaking the record of One Liberty Place. It has 58 floors measuring 297 meters high, which also makes it one of the 15 highest buildings in the United States. The truth is that the Comcast Center is pretty interesting and worth seeing. A mass of glass that rises and whose top seems like a hole (which it is) but it gives a special touch. Construction began in 2004 and at first was named One Pennsylvania Plaza, but finally, after several changes in direction, it's called Comcast, in honor of a television company which has its headquarters there.