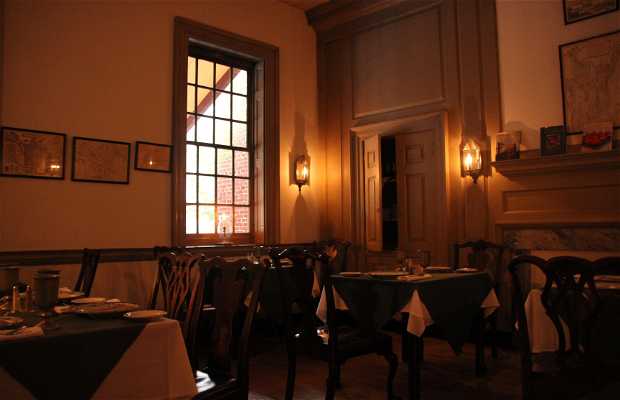 Just past the threshold of the door of this cozy tavern, we are transported back in time, to Philadelphia in the 18th century. Everything is done to give the illusion to the customer: candlelight, old dishes, cups and metal ... servers in clothes from that time period. The food is delicious and prepared by the chef through old recipes of the time. The chef, Walter Staib is known for a quite popular cooking show in the USA (A Taste of History), which has also been nominated several times and won two Emmy Awards in 2010 and 2012. You can see the trophies in the window of the entrance. The building is not the original, unfortunately, the latter having burned several times during its history, but has been rebuilt thanks to the exact plans that had been preserved.

+4
Like
Jose Maria
See original
Like
Have you been here?
Add your opinion and photos and help other travelers discover