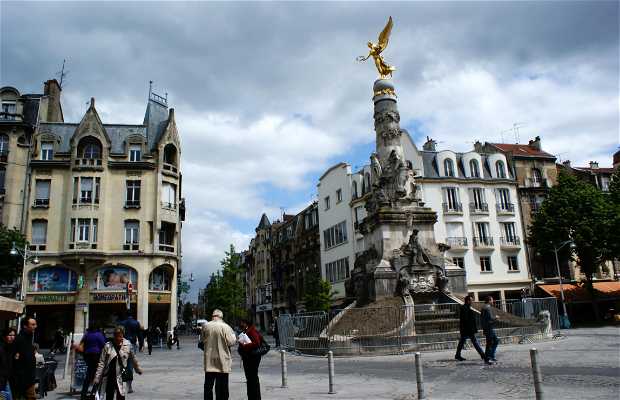 Linked to the city's history

The Place Drouet d'Erlon has an ancient history linked to the city. In the twelfth century, it was called Place de la Couture. Artisans such as cabinetmakers, carpenters, coopers, and more settled here, putting up their workshops. But the site also has a grislier history as it was, for a long time, the execution ground. The stake, the guillotine, hanging, wheel torture ... it all took place here, as popular public spectacles. The guillotine was used here four times in 1796. Nowadays, the place has become pedestrianised, and is decorated with a large fountain crowned by a bronze figure of victory.