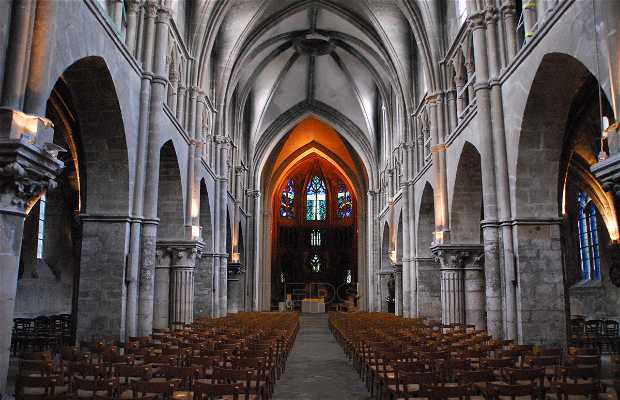 A few meters from the famous Piazza D'Erlon's Drout of Reims and almost going unnoticed with its little facade and sandwiched between other buildings, we ran into it by chance with the church of Saint-Jacques, the second oldest in the city after the Saint-Remi Basilica. It was constructed in the late 12th century but has elements of the 15th century. It has 3 naves that are on the most beautiful side. Inside you can find a crucifix included in the works of Jacques Pierre in the 16th century, as well as vaults and the windows of the 20th century.