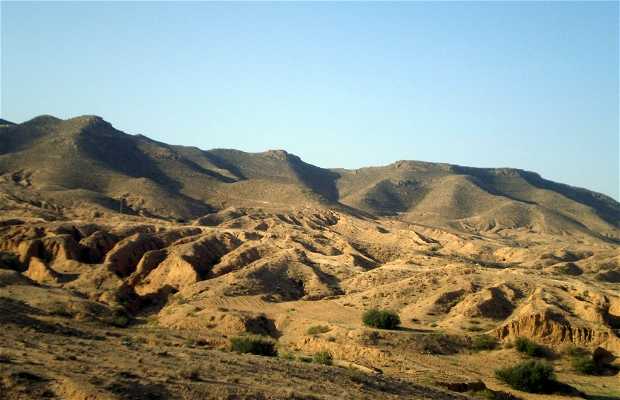 This incredible moonscape has become famous as one of the places where the Star Wars trilogy was filmed. The Dahar plateau extends here, dividing the Tunisian south from the Matmata mountains (to the south of Gabès) to beyond the Libyan border. The scenery is absolutely amazing, people say it's similar to the Moon: there are limestone reliefs are covered by clayey and sandy layers, deeply cut and broken by heavy erosion, forming a number of craters. These eroded hills are covered by steppe-type vegetation and herbs (including thyme or rosemary) and in some cases, farming terraces. The craters dug into the plateau correspond to respective villages inhabited by Berbers (who, fleeing Arab colonisation, settled here), leading to the well-known troglodite cave dwellings or city-mound.

+28
Like
Have you been here?
Add your opinion and photos and help other travelers discover