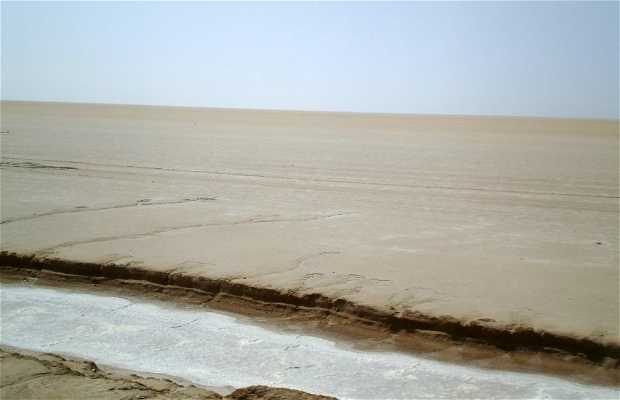 The wind blows with great strength

We left early in the morning towards Douz Tozeur (the next stop on our tour of the Tunisian country) and stopped a few kilometers from the huge Tozeur palm grove (Tunisia's largest, with more than 1,000 acres). The landscape then changed completely into a huge desert plain devoid of vegetation. The P-16 road is 64 km long and crosses a large salt lake (called "Chott") from Kriz to Bechri. It is the largest in North Africa (extending from the region of Gabès to Algeria, 51,280 km2), and appeared 1.5 million years ago as a result of a series of tectonic movements of the crust. It is fry for most of the year, except for a thin layer of water in some places, as is about 20 meters above sea level.

+33
Like
Have you been here?
Add your opinion and photos and help other travelers discover