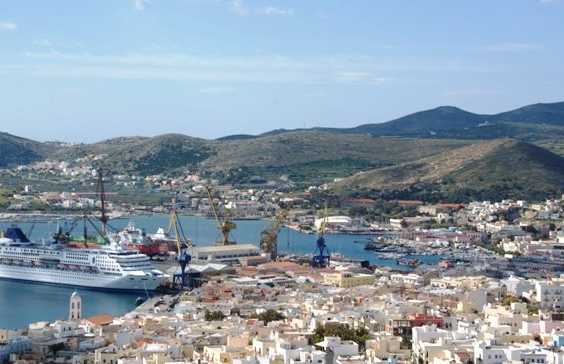 This beautiful city in Syros Island, considered to be the Queen of the Cyclades, has been named the capital of the Cyclades. It is the largest of the cities of these beautiful islands and although not huge, it is starting to get somewhat chaotic. One day is enough to visit the city´s main attractions, including the neighbouring Ano Syros. Of particular interest is Miaouli Square and the Town Hall, built in the late nineteenth century and both neoclassical in style, the archaeology museum or the Apollo Theater, a miniature versión of La Scala in Milan.

Lists and places related to Ermoupolis

Links to Ermoupolis
Hotels near Ermoupolis Cities in Ermoupoli
See something odd?