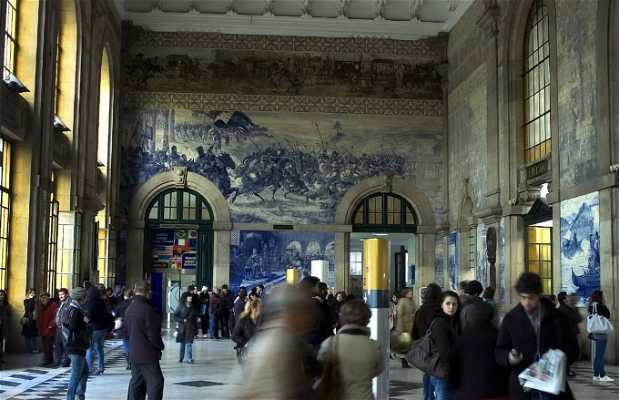 The train station of San Bento was built in the early 9th century on the ruins of the former convent of San Bento's Ave Maria. Although the entrance of its facade is stately and old, the true gem can be found on its inside: A hall decorated with more than 20,000 pieces of mosaic that reiterates the history of Portugal.