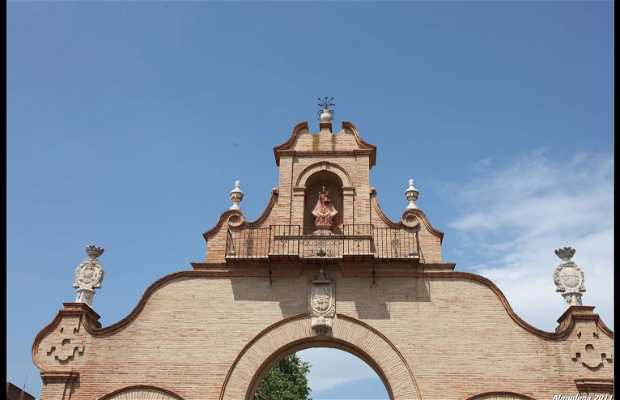 Door used for the passage of carriages

It was constructed by the master constructer Martin de Bogas in the year 1749, and was destroyed in the year 1931 and was not reconstructed until the year 1998. It is constructed of red brick and limestone, from El Torcal. It has 3 arches and the center is greater than the side, and it was used for the passage of carriages and horses, while the sides were for people to walk on. It has an image of the Virgin of the Rosary, made by sculptor Eloy Garcia, who replaces that once made the sculptor Andres de Carvajal y Campos (1709-1779). On the opposite side, in tile, is the image of Santa Eufemia.