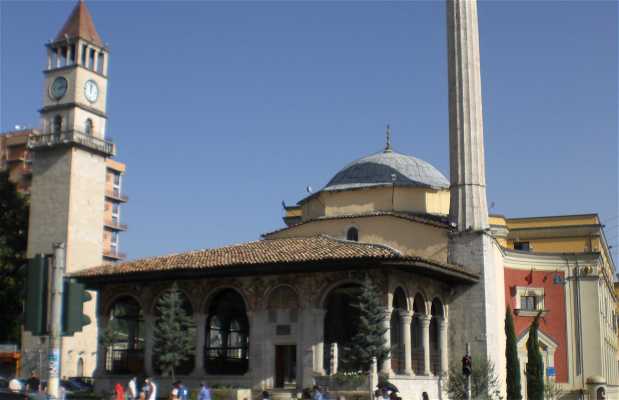 The Et'hem Bey Mosque can be found right in the center of Tirana, in the capital of Albania. Construction on the mosque began in 1789 and the mosque was named after the Molla Bey who started it. Construction was completed in 1823, thanks to the work of his son Haxhi Et'hem Bey. He was a descendant of Suleyman Pasha, a general in the Ottoman Empire who founded the city of Tirana in 1614. At this time they had only built a mosque, public restrooms and a bakery. You could say that in those days that was everything you needed for a city. The mosque is considered the most beautiful in Albania and it has beautiful exterior decorations, unfortunately you can only admire the ones on the inside if you register for a guided tour of the mosque.