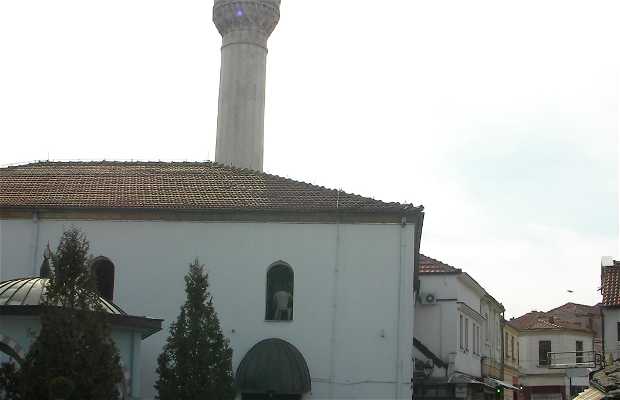 Located right in front of the old baths, this mosque is currently the Art Gallery of Cifte Aman. This modern square ceiling mosque was built in 1802 as the original structure was burned when General Piccolomini took Skopje in 1689. The unusual three-nave basilica form and flat roof (instead of domed) comes from the fact that it was built on the monastery of St. George, the main monastery in Skopje before the arrival of the Turks.