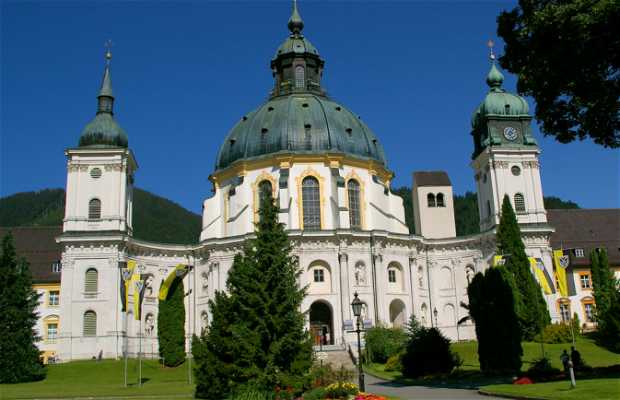 In a beautiful 900 meter high valley between Garmisch-Partenkirchen and Oberammergau, is the Benedictine Abbey of Ettal. The exterior is notable for its magnificent scenery framed within alpine,late Baroque-Rococo style, inside the main feature is the immense dome that shows the sky with Jesus Christ, the Virgin Mary and the considered as Fathers of the Church. This monastery was built in 1330 as a promise by Emperor Louis of Bavaria and has become a popular tourist destination. It was founded from an image of the Virgin Mary brought from Pisa, called Virgin of Ettal, so it soon became a pilgrimage destination.