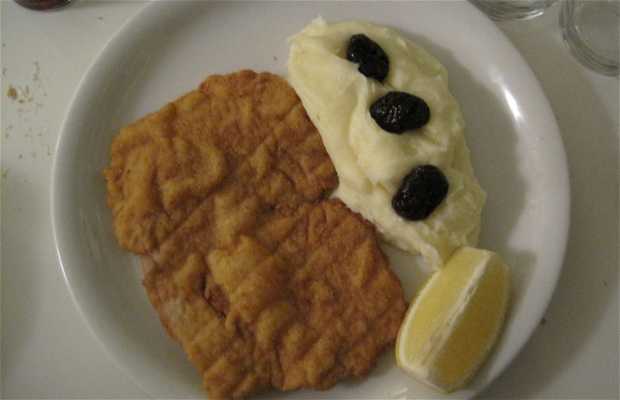 A place to visit

The word “tortillería” might be a little misleading when used to describe this Barcelona locale.

The Spanish omelet (“tortilla”) is a humble plate which nonetheless permits as many sophisticated variations as the “French” omelet. This restaurant, which specializes in tortillas, is anything but modest. First of all, the restaurant dates back to the 1960s when it was at the forefront of the Barcelona culinary scene. Also, it is set apart by its design. Everything is in white and decorated with portraits of a model in black; photos which deserve a prize of their own. Third, after the passing of the years and losing its “modernist” appeal, it has become the haunt of the wealthy and elderly that flock there for informal weekend meals. It’s like fast-food for beautiful (and wrinkled) people.

I’ve gone to Flash Flash a few times and I must admit that, until yesterday, my interest in the place was more for the design than the food.

This well-designed locale has been open for almost 50 years but always has a touch of modernity and the avant-garde. But yesterday’s food (even though it took almost 45 minutes to reach the table) was absolutely delicious.